This insta-ad was produced by HotAir.com (Michelle Malkin). What is important to note, aside from the ad and its content, is how the old drive-by media, the dinosaur press, the mainstream media is being left in the dust heap of history. The new manner and techniques used by the American public simply by-passed the old relics of news dissemination.

The hard-fought immigration issue could be noted in the eyes of future historians as the "tipping point" when it became obvious that these electronic information transfers surrounding this bill is indeed the symbolic moment when the people who are willfully self-governed by the republic threw away the news filter of the self-anointed elites.

With this in mind, please take a click at this wonderful insta-ad:

We see Sen. Sam Brownback switching his vote. Other bloggers and the like have posted Brownback's news release crowing that he voted against the failed immigration bill. Brownback is mocked.

This ad is prima facia evidence that the political gamesmanship practiced by too many politicians is a big reason why Congress suffers from a 14% approval rating.

Politicians are not stupid people when it comes to getting and remaining elected.

This culture shift will be duly noted. The best news is that they are now held accountable to an extent they never were before, and the drive-by media is in large part to blame for covering up this gamesmanship with their biased reporting.

Make way you biased-old, creaky, phony journalists for the blessings of liberty now create confusion in your wretched ranks. You risk being smited by drowning in your own ink.
Posted by Liberty Spuds at 2:17 PM No comments:

Thou shalt not steal, even by majority vote.

An excellent article by Gary North on the Duke University scandal and its cultural importance.

North's article is titled: What I learned from Duke University

Posted by Liberty Spuds at 6:39 PM No comments:

From the Official Blog of National Taxpayers Union
Posted by Dominic Rupprecht - June 20, 2007
In yet another local government boondoggle, the Northern Virginia Regional Park Authority has spent $2 million in renovations on the government pool at Upton Hill Regional Park. The renovations featured "large tubular and open-air water slides," an "aquatic jungle gym," as well as "fountains, water cannons, and hoses."

Of course, to be a boondoggle, a project can't just be expensive and wasteful; it also has to be painfully stupid. And here, the Northern Virginia Regional Park Authority comes through with flying colors. The pool was not renovated because of a lack of already-available aquatic play places. Instead, the Park Authority decided to renovate because there were, wait for it, too many private pools available in the area, which meant people didn't want to play at the government pool.

The pool's water cannons and "tubular" water slides were paid for in part by the taxpayers of Arlington, Fairfax, and Loudoun counties as well as Alexandria, Fairfax City, and Falls Church. Of course, no local pork project would be complete without a check from the federal government; the feds decided to toss in $75,000 (because it is vital for the federal government to purchase an "aquatic jungle gym" in Northern Virginia). Of course, just because they paid for it, doesn't mean it's free. They'll still have to cough up a few bucks for admission to the water park they paid for.

What's next for the Park Authority? My money's on roller coasters. God forbid anyone goes to Kings Dominion!

Posted by Liberty Spuds at 8:42 AM No comments:

Hat tip to Drudge Report for highlighting that the drive-by media contributes 9 to 1 to Democrats over Republicans.
MSNBC compiled an exhaustive list of media personalities and their political donations.
The results speak for themselves.
Here is the link: http://www.msnbc.msn.com/id/19113455
Posted by Liberty Spuds at 10:44 AM No comments:

Posted by Liberty Spuds at 4:01 PM No comments:

T. Blair on the news media

Exiting British Prime Minister Tony Blair delivered a speech on how the media has blurred the lines between news and commentary.
Unfortunately, Blair, who has a record of favoring the "big-government" philosophy, concludes that reviewing government imposed news standards may likely be streamlined and put under one authority instead of the various public overseers present in the U.K. today.
It appears that he places little faith with the punishment that the marketplace can deliver to sub-standard reporting even if the marketplace moves slowly but surely over time.  If there is a demand for delivering hard-news in an unbiased fashion, the marketplace will reward those who fulfill that what has become a rather niche market, in light of the hard news being who is up or down in the latest offering of American Idol.
Here is an excerpt of Blair's speech:

Fourth, rather than just report news, even if sensational or controversial, the new technique is commentary on the news being as, if not more important than the news itself. So - for example - there will often be as much interpretation of what a politician is saying as there is coverage of them actually saying it. In the interpretation, what matters is not what they mean; but what they could be taken to mean. This leads to the incredibly frustrating pastime of expending a large amount of energy rebutting claims about the significance of things said, that bears little or no relation to what was intended.

In turn, this leads to a fifth point which is the confusion of news and commentary. Comment is a perfectly respectable part of journalism. But it is supposed to be separate. Opinion and fact should be clearly divisible. The truth is a large part of the media today not merely elides the two but does so now as a matter of course. In other words, this is not exceptional. It is routine.

Posted by Liberty Spuds at 8:19 AM No comments:

Inside Story about how the Senate Immigration Bill was killed

From the Right Wing News:

A GOP Aide, who's one of my sources in the Senate, gave me the rundown on what happened to the Senate bill today.

After the 2nd cloture vote failure at noon on Thursday, Harry Reid could not get unanimous consent to call up amendments to the bill because Jim DeMint refused to give his consent. This was extremely problematic for Reid because he wanted to get in votes on 6 more amendments before the last try at a cloture vote.

At that point, all the senators who were participants in the "Grand Compromise" AKA the "Masters of the Universe" by the opponents of the bill, leaned on DeMint to try to get him to give consent for the bill to move forward.

Unfortunately for them, DeMint wouldn't budge. This essentially killed the entire afternoon that the pro-amnesty side hoped to use to shore up support for the bill.

While DeMint was gumming up the works, the opponents of the bill, including most prominently Jim DeMint, Jeff Sessions, and Tom Coburn, huddled and came up with a list of conservative amendments they wanted considered ... [more]

Posted by Liberty Spuds at 10:25 AM No comments:

Immigration is not that complicated if you break it into pieces and do things one-by-one.

Granted, the fedgov is very incompetent, so it makes sense to simply complete one project at a time, then move on to the next project.

Posted by Liberty Spuds at 11:23 AM No comments:

Rudy gets a shocker 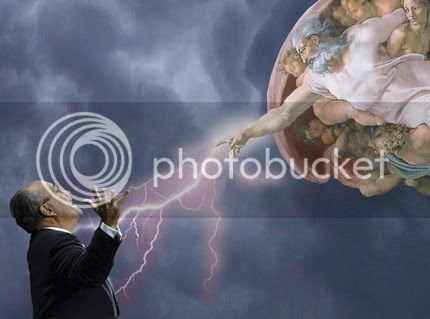 Well, it seems that something is happening in the pro-life debate.

Here is the YouTube link from the GOP debate in NH (6-5-07) that shocked candidate Guiliani: http://www.youtube.com/watch?v=ibqwKb4cCsg
Posted by Liberty Spuds at 9:31 AM No comments: