FDR has been widely hailed as a hero.  He was no such thing.  FDR's policies in fact caused a second wave of depression after the original downdraft that originated in 1929.  This is not commonly reported but it is in fact true - there was a second, nearly 20% contraction in GDP that occurred as a direct consequence of FDR's policies.  Repeating what FDR did to any material degree will not help, and any apparent "relief" will be false.
Source:  Market Ticker
Posted by Liberty Spuds at 10:17 AM No comments:

How FDR extended the depression

Amity Shleas WoPo article on lessons of FDR's depression: http://tinyurl.com/7o2zxd She takes a poke at Greenspan, too!
Posted by Liberty Spuds at 9:57 AM No comments:

Posted by Liberty Spuds at 5:16 PM No comments:

"Right now, they're a little too expensive,"

It might be more economical to build a nuke plant, use the nuke to generate electricity. Use that electricity to run a giant fan sitting right in front of the wind turbine. That way, the turbine can generate consistent wind power cheaply.

Posted by Liberty Spuds at 11:54 AM No comments:

Obama parrots FDR
With public works both wide and far
By spending us into prosperity
He'll add seven years to our misery.
Posted by Liberty Spuds at 10:51 AM No comments:

Posted by Liberty Spuds at 10:25 AM No comments:

That's the sound of someone with their fingers in their ears making noise so they don't have to listen to the person talking in front of them.

There's lots more but I think you get the point.  If you still are having trouble figuring it out, here 'ya go - a picture is worth 1000 words.

Posted by Liberty Spuds at 8:34 PM No comments:

Political Power: Pay to Play vs. Play then Pay

Less egregious Pay to Play are indirect enrichments like political campaign contributions or employing a spouse/crony/relative first, then government favor later. Some of these enrichments are illegal.

However, the "Play then Pay" use of political power is almost never considered illegal. It's use is not "naked," or in legal words "quid pro quo" since the favor is dispersed first.

Sophisticated politicians and government favor recipients further distance themselves from the illegal "quid pro quo" by using the mostly legal "quo pro quid." And, the most practiced politicians use the totally legal "quo pro assumed quid" method to dispense government favor. This method might be described as a "wink-and-a-nod" if such a physical gesture is needed at all.

Another description of "quo pro quid" among politicians themselves could be "vote swapping," a common tactic used within various legislative bodies build working majorities.

I hope this helps explain the difference between the legal and illegal use of political power. 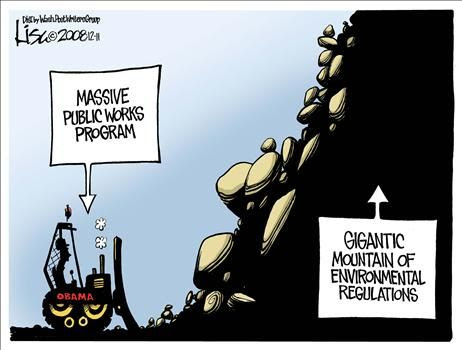 (...) When one compares the GDP and total US Debt, you find a striking fact – there has been no actual GDP growth at all in the last eight years. In fact, you can go back through President Clinton's second term in office and you will find the same thing – the entirety of so-called "growth" since 1996 was in fact growth in debt, not GDP.

Once we understand the foundation of what has happened, we can then look at the basic facts surrounding our economy. These facts include:

(...) From this we find the foundation for solutions that are driven first by mathematical necessity, and then by maintenance and improvement of the public weal, both directly and indirectly. These are: (Click here to read solutions)

Tennessee State Rep. Stacy Campfield explains election success and how to maintain a majority now that the GOP controls both the Tennessee House and Senate even in the Obama electoral wave.

As I said in my last political post I think [Tennessee] Republicans have a very strong shot of not only maintaining the majority but also expanding it. Is that a guarantee? No. While I do not see the Democrats taking majority from us (The issues and idea people are not over there) I do think Republicans can fumble the ball on their own.

To look forward, we must look back. Over the years I have had the opportunity to speak with and listened to several Republicans who were part of the Reagan revolution as well as many people who have worked long and hard to put us in the majority. They all seem to offer similar advice on what to do and what not to do.

I hear a lot of "Don't let happen what happened to us", "Let Tennessee be a leader for the country to see why Republicans should lead again"

These are the top 9 things I gleaned....

1. Don't Compromising values for power, position and money. Campaigns and leadership, if done correctly, are hard work for regular people. In the legislature people don't necessarily offer bribes (As far as I know) but it is well known who gives money and the issues that are important to them. Some fear loosing the money or having that money used against them. They would rather compromise their principles then possibly offend some group and have to do the physical work of a campaign against the big money people. In the long run though, it will disenfranchise people from us and our message.

2. Family values does not means "involvement" with multiple people from different families outside your own. We won on family values. Republicans are held to a higher standard on social issue. When one of us stumbles it pulls down the entire team. Proof can be seen at the national level where one Republican and a male intern or bathroom stall incident pulls down the entire party at election time. 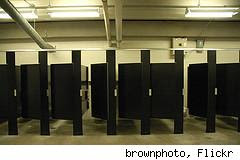 Should someone screw up at the wrong time it could hurt us all.

3. Don't move from conservative to Republican. The warnings came from many people that saw it happen in congress. After six or eight years many of the conservatives retired from congress back into private life. What replaced them were not true believers but were more liberal or moderates who ran on the ticket as Republicans but served as liberal Democrats. They lost the strong conservative agenda that swept Republicans into power. It diluted the brand message. It just took time to be exposed and removed.

4. Don't get cocky and lazy. Do not stop doing the things that got us there. Hard work, door to door, going to events having listening tours, doing surveys, etc..

5. Not pushing what we promised. Many groups worked hard to help us get where we are. They expect and deserve to be rewarded for that hard work by our following through with what we promised them. Homeschooling groups, legal gun owners, right to life groups have great expectations.
6. Don't fall for the Bright lights, big city/Don't "Go Nashville".

Big parties and pretty people laughing at all your bad jokes can be very addicting to some people. They like the people so they fear loosing the friendship if they cut their department. It is so addicting that many people forget to go home. They forget that the only people that matter aren't their "Friends" in Nashville. They are the real friends back in their home district. The people in Nashville don't knock on doors, put up signs or stand at the polls for us. The people at home do.

7. Watch out for Personal greed. Some legislators have gotten "rich" from their time and connections in Nashville. Sooner or later it gets exposed and looks terrible. Our goal should not be to get rich or make our immediate friends and family rich because we are suddenly in power.

It is to remove barriers to success for everyone. To give all people back more of their money so they they have an equal opportunity to make a living or get rich. As momma said "If you didn't come with it and it wasn't clearly part of the deal then don't leave with it."

8. Compromising for compromise sake. Trying to be everything to everybody is a sure way to sooner or later mean nothing to anybody. When some reasonable compromise can be reached it is fine but don't give away the farm to buy some chickens.
9. Power as a multiplier They say three things can really multiply the negative aspects of people. Money, drugs and power.

Now that we are in power we must guard against letting the negative sides of our personal nature get the best of us. Obviously as conservatives versus Liberals our ideas are going to greatly diverge but if A Democrat comes up with an idea it should get a fair hearing and an honest vote.
Posted by Liberty Spuds at 8:57 AM No comments:

The Capitol Visitors Center, which opened this morning, may have tripled its original budget and fallen years behind schedule, but Senate Majority Leader Harry Reid found a silver lining for members of Congress: tourists won't offend them with their B.O. anymore.

"My staff tells me not to say this, but I'm going to say it anyway," said Reid in his remarks. "In the summer because of the heat and high humidity, you could literally smell the tourists coming into the Capitol. It may be descriptive but it's true."

But it's no longer going to be true, noted Reid, thanks to the air conditioned, indoor space.

And that's not all. "We have many bathrooms here, as you can see," Reid continued. "Souvenirs are available."

"We have many bathrooms here, as you can see," Reid continued. Posted by Liberty Spuds at 10:45 AM No comments: